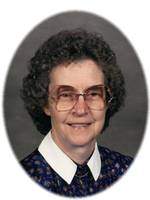 Shirley Ann Leathers Spears, 78 of Danville, died Monday September 14, 2015. Born July 2, 1937 in Danville, she was the daughter of the late Granville William and Isa Mae Miller Leathers. Besides her parents Shirley was preceded in death by two brothers, Denver "Buck" and Clyde Leathers.