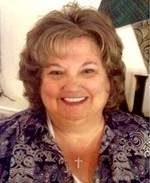 Sandy Roberts Rosenberger, age 54, of Kenton Court in Nicholasville, passed away Sunday, November 1, 2015 at UK Chandler Medical Center in Lexington. Born Saturday, July 22, 1961 in Danville, she was the daughter of Billie June Hughes Roberts of Stanford and the late Norman Roberts. Her loving husband, whom she married June 9, 2000, is Richard Scott Rosenberger of Nicholasville. Sandy worked for the UK College of Agriculture, and her current position was Staff Support Assistant. She was a member of Pleasant Point Baptist Church. Sandy was very accomplished, in her younger years, in 4-H. She enjoyed making crafts, sewing, traveling, in her spare time. She was a UK fan, and loved birds, especially the cardinal red bird.

The Visitation will be held 5-8PM Wednesday, November 4, 2015 at the funeral home.