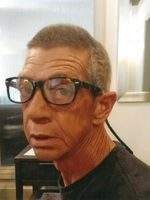 Samuel David Cooper, 62, died Wednesday, January 24, 2018. He was born in Anderson, Indiana on October 4, 1955 to the late Homer Lee and Geneva Polly McCormick Cooper. David attended Rickmon, Tennessee schools. He worked in construction scrapping drywall and also as an Assistant Manager at Captain D's. David was a member of The Church of Jesus Christ of Latter-day Saints. He loved to ride dune buggies and racecars. David was always willing to help anyone in any instance and was very loving to everyone, especially his family. In addition to his parents, he is predeceased by a son David 'Sonny' Cooper.

The funeral service will be held at 11am, Friday, January 26, 2018 at The Church of Jesus Christ of Latter-day Saints. Dennis Cox, Larry Ison and Bishop James Bradshaw will officiate. Interment will be in Danville Memorial Gardens. Visitation will be Thursday, January 25, 2018 after 5 p.m. at Stith Funeral Home in Danville.