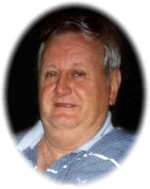 Ronnie Dean Walls, 71, of Junction City died Wednesday in Panama City, Florida. Born October 14, 1940 in Danville, he was the son of the late Donald Royce and Mildred Kendrick Walls. He was the Chief Bailiff for the Boyle County Sheriff Department. Ronnie had been a truck driver for RC, Dr. Pepper and Pepsi and served on the volunteer Junction City Fire and Rescue Squad. He coached and refereed Little League Basketball for the Boyle Co. Recreational Dept. and he loved to bowl and played softball. He was an avid golf, Nascar, UK and Boyle Co. Rebel fan. He was happiest when he spent time with his family, and the more around him the happier he was.