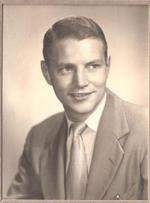 Robert (Bob) Kolb. 87, of Louisville, passed away Friday, March 24, 2017 at Stanford Care and Rehab in Stanford. He is survived by his loving wife, Betty D. Johnson Kolb. Robert was born on December 18, 1929 to the late William Joseph Kolb and Lillian Blanche Rothfuss Kolb. Along with his parents, Robert is preceded in death by four brothers, William, John, James, and Donald Kolb, his son, Robert Wayne and his great granddaughter, Madison Paige.

Robert Kolb retired from the Courier Journal after 36 years of loyal service. Bob was an esteemed leader in the Louisville Deaf Community throughout his lifetime. He founded numerous Deaf Sport Leagues, was one of the founders of the Deaf Senior Citizens group, and served as editor of the Deaf Newsletter for more than 20 years. He was an active and engaging member of the Louisville Deaf Clubs.

Bob was a family man: a loving son, brother, husband, father, Pepaw, and friend. He could always be found with a smile and a wink. His gentle spirit and kind laugh will truly be missed by his family and friends.

Funeral services will be held at 11:00 AM Saturday, April 1, 2017 at Preston Pruitt Spurlin Funeral Home with Bro. Jack Williamson officiating. Burial will follow in Danville Memorial Gardens. Visitation will be held on Friday, March 31, 2017 from 5:00 - - 8:00 PM with a 7:30 PM Catholic Order of Foresters Ritual Ceremony.

In lieu of flowers, memorial contributions may be made to the Kentucky School for the Deaf Foundation/Jacobs Hall Museum.