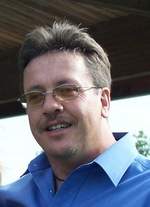 Robert C. Ferrell, 49 of Danville, passed away Wednesday June 3, 2015. Born July 20, 1965 in Danville, he is the son of Lenora King Ferrell and the late Norman Ferrell. Robert was a 1983 graduate of Boyle County High School. He was very musically inclined, won State Tenor 4 years in a row and was a member if the band while in high school. He could play a variety of instruments with the piano, Guitar, and brass as his favorites. He attended Cumberland College for 3 years where he majored in music. He was a member of 1st Church of God in Danville.