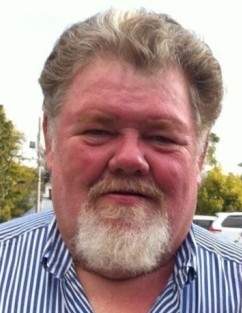 Frank Allen, 58, of Stanford, KY passed away Friday, February 22, 2019 at U.K. Chandler Hospital in Lexington, KY. Born on December 7, 1960 to the late Robert Lee Allen and the late Bessie Mae Bastin Allen. Frank was a member of Freedom Baptist Church in Stanford, KY. He worked in welding, fabrication and was a truck driver for most of his life. Frank was an avid fisherman and at one point of his life, a very active volunteer fire fighter at Lincoln County Fire Station 1.

He was preceded in death by his parents.

A visitation has been scheduled for Monday, February 25, 2019 from 5 to 8 p.m. at Spurlin Funeral Home in Stanford, KY. A funeral has been scheduled for Tuesday, February 26, 2019 at 12 p.m. at Freedom Baptist Church in Stanford, KY with Bro. Stewart Dawson and Bro. Lewis Walter officiating the service. Burial will follow at Danville Memorial Gardens in Danville, KY.

Memorials in lieu of flowers may be donated to: Freedom Baptist Church Youth Program.