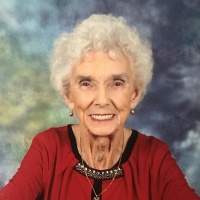 Rayetta Simpson Erwin, 81, of Danville passed away Thursday, Aug. 22nd.  Born Dec. 19, 1937, she was the daughter of the late Robert Edward Popplewell and Ada Tapp Popplewell.  She is survived by 3 sons:  William Ray Boone of Danville, Calvin Boone of Danville, and Lee (Suzanne) Anderson of Owensboro; 1 daughter:  Debbie (James) Anderson; brothers:  Bobby (Debbie) Popplewell of Stanford, Steve (Claudia) Popplewell of Bardstown; 2 sisters: Patsy Coleman of Liberty and Judy Rice of New Jersey; 10 grandchildren; 7 great grandchildren; and 1 great great grandchild.  She was retired from Walmart after 21 years and was currently a caregiver.  Rayetta was caring and compassionate and loved the Lord.  She will be remembered  by her favorite saying, "I'm blessed."  Visitation will be Sunday from 6-9 p.m. at Faith Fellowship, 225 Jane Trail, Danville with funeral on Monday at 3 p.m. at the church by Bro. Rudy Henderson.  Burial will follow at Danville Memorial Gardens.  Pallbearers will be Michael Boone, Peyton Anderson, Jesse Anderson, Jimmy Anderson, Logan Anderson, Bobby Popplewell, and Steve Popplewell. Honorary pallbearers will be her grandchildren, great-grandchildren and great-great-grandchildren.  Memorial contributions are suggested to Faith Fellowship.