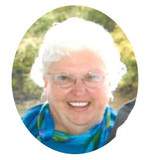 Norma Newby Yankey, 79 of Danville, died Monday February 22, 2016. Born September 29, 1936 in Danville, she was the daughter of the late John Will and Edna Litton Newby. Norma was a 1954 Danville High School graduate and a lifelong member of the First Church of God Danville where she served as a Sunday School teacher, Vacation Bible School teacher, and was a choir member. She was the first baby born after the establishment of the church. Norma was a loving wife, mother, homemaker, and sister. She enjoyed cooking and loved her family. Norma loved her sisters in law like her own sisters. She was also a member of the Parksville Homemakers. In addition to her parents, Norma was preceded in death by a brother, John Michael Newby.

Norma is survived by her husband of 56 years, Charles "Rastus" Yankey, a daughter, Lori Yankey of Danville, a brother, Bob (Ellie) Newby of Danville, and a sister Mary Florence Catlett of Murfreesboro, Tn.