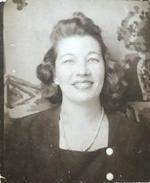 Mary Louise Kramer, 100, of Danville, passed away Tuesday at Christian Care Center in Lancaster. She was born December 21, 1915 in Marion County to the late John and Georgia Snyder Arnold. Mary is preceded in death by her husband, Ted A. Kramer.

She was a homemaker and a member of the Baptist faith.