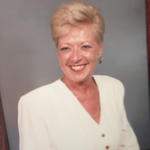 Margaret Ann Woodrum Green of Nashville, 72, passed away at her home on Friday, June 5, 2015. Born November 17, 1942 in Liberty, KY, she was the daughter of the late Owen Wildie "Dink" Woodrum and the late Mary Elizabeth Scherrer Hale. Margaret was a 1960 graduate of Danville High School. Margaret was the former owner and operator of M & M Beauty Spot, and later The Hair Place, both in Danville, KY. In 1999, she sold her business and moved to Nashville, TN. Margaret greatly enjoyed spending time with her family, especially going on beach vacations with her entire family. She was a member of Gethsemane Baptist Church, then Immanuel Baptist, both of Danville, KY; later, she became a member of Western Hills Church of Christ in Nashville. Aside from her parents, Margaret was preceded in death by her beloved brother, William Denny Woodrum.


The funeral service will be 1p.m., Thursday at Stith Funeral Home with Rev. David Estes officiating. Burial will be in Danville Memorial Gardens. Pallbearers will be Zack Hazlett, Kelly Hazlett, Clark Hoover, Wendell Hazlett, Manuel Villanueva, and Juan Carlos Silva. Visitation will be after 4 p.m., Wednesday at Stith Funeral Home, Danville. Memorial donations are suggested to Torch Missions, through Western Hills Church of Christ of Nashville, in memory of Margaret Green.