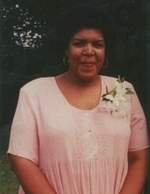 Lonetta Marie Smith went home to be with our Lord on October 3, 2017. She was born on May 6, 1960 in Lexington to Loretta Taylor and John Smith. Lonetta was preceded in death by a brother, Terry Smith and a great-grandchild, J'dyn Routt. She went to Bryan Station High School in Lexington and was a member of the Pilgrim Baptist Church, where she sang in the choir her solo "Two Wings", God gave those to her on Tuesday morning.

Honorary pallbearers will be deacons of First Baptist in Harrodsburg.