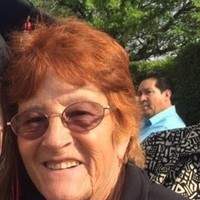 Kaye Sanders, 64, Harrodsburg died Friday, February 7, 2020 at the Ephraim McDowell James B. Haggin Memorial Hospital.  Born June 8, 1955 in Casey County she was the daughter of the late Thomas Wilson Sanders and Christine Godbey Sanders of Harrodsburg.  She was a member of the Fellowship Baptist Church.  She was a retired LPN and Director of Health Care Services having gotten her degrees from Midway College and Phoenix University.  She enjoyed spending time with her family and grandchildren; playing BINGO, camping, bowling and archery.