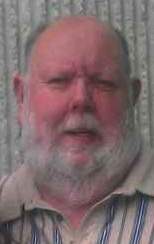 Joseph Allen Rice, 67, of Danville passed away Sunday, January 11, 2015 at the Danville Centre for Health & Rehabilitation. He is preceded in death by his wife of many years, Ella Louise Dilts Rice. Joseph was born in Boyle County to the late Fred and Essie Thomas Rice.


Joseph was a Nursing Attendent for the Logansport State Hospital in Indiana for over 27 years and a member of the Faith Missionary Baptist Church in Danville.


Surviving are a special niece and nephew who were his caregivers, Richard and Marcia Reynolds of Danville; two brothers: Howard Curtis Rice and David Rice (Beulah) both of Parksville, and a sister Lillian Allander (Charlie) of Hustonville. Also surviving are a host of nieces and nephews and many great nieces and great nephews.


Along with his parents and wife, Joe was preceded in death by three brothers: Freddie, Douglas, and Michael Rice and two sisters: Nancy Reynolds and Norma Rice.


Funeral services will be 1 PM Friday, January 16, 2015 at Preston Pruitt Spurlin Funeral Home with Bro. Barry Delaney officiating. Burial will be in Danville Memorial Gardens. Visitation is from 11 AM-until time of service Friday.


Memorial contributions are suggested to Heritage Hospice and Parksville Fire and Rescue.