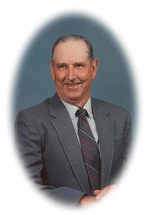 
John William "Bill" Zwahlen, 87 of Ottenheim passed away Wednesday, November 16th at the Thomson-Hood Veterans Center in Wilmore. Bill was the husband of Edith Harris Zwahlen whom he married on March 5, 1953. He was born on August 12, 1924 in the Halls Gap Community of Waynesburg to the late Samuel Zwahlen, Jr. and Margaret Schlappi Zwahlen. Bill worked as a Dairy Farmer and was a Veteran of the U.S. Army having served during WWII. He was a member of the Fairview Baptist Church and of the VFW post in Stanford.


In addition to his parents, Bill was preceded in death by Sister, Lillian Margaret Zwahlen and Three Brothers, Frank, Alfred and Walter Zwahlen.


Visitation will be from 6 until 9 pm on Thursday, November 17, 2011 at McKnight Funeral Home