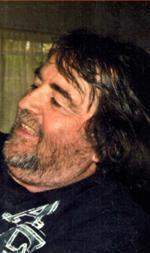 John Edward Teater, 53, of Stanford, KY passed away Sunday, June 29, 2014 at Fort Logan Hospital in Stanford, KY. Born December 23, 1960 in Lexington, KY to John Garnett and Rosezella Blevins Teater of Nicholasville, KY, he was self employed as a brick mason for most of his life. He also enjoyed working in his garage, fishing, and listening to music. He attended Pentecostal Church of Jesus Christ in Lexington, KY.


In addition to his parents, survivors include his wife of 29 years: Anna M. Teater of Stanford, KY, one son: Jeremy Edward Teater (Tricia Clouse) of Lancaster, KY, one daughter: Rebecca Rose of Stanford, KY, two sisters: Jackie Puckett (Buddy) of Nicholasville, KY and Sandra Smith of Lexington, KY, one granddaughter: Kayden Marie Teater of Lancaster, KY, and several nieces and nephews. He was preceded in death by one brother: David Allen Teater.