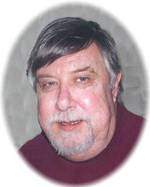 James Allen Bauch, 67, died Friday, February 27, 2015. Born November 13, 1947 in Chicago, Illinois, he was the son of the late Lloyd and Collette Bauch. He retired as a Bindery Specialist after 37 years at R.R. Donnelley Co. Jim was the widower of Kathleen Mardula Bauch and was a member of Ss. Peter and Paul Catholic Church. He served in the US Army during the Vietnam War and enjoyed annual fishing trips with friends. Jim loved young people and was always willing to offer friendship and advice to them, whom all called him "Mr. B" and looked up to him as a father figure and friend. He was a man of his word and always truthful, a straight shooter who did not gossip or put up with unnecessary drama. Jim had a great mind for mathematics and figuring out how to create, he enjoyed woodworking. He was always giving advice such as "It's easier to get forgiveness than permission." or "If you're not going to do it right, just don't do it at all." He was a hard worker and loved everyone with all his heart. Jim is survived by his two daughters, Jennifer Bauch-Satterly of Danville and Cheryl Bauch of Junction City; three grandchildren, Zach and Karrah Satterly and Madeline Hrapek; a sister, Darlene (Rich) Kaszuk of Alsip, Ill. and a brother, Don (Denise) Bauch of West Chicago, Illinois.The funeral service will be 11 a.m., Wednesday, March 4, 2015 at Stith Funeral Home, Junction City. Father Tom Farrell will be the celebrant. Burial will be in Danville Memorial Gardens. Pallbearers will be Tom Mauch, Tommy Mauch, Sam Buckingham, Robert Lear, Cory Bricken and Tom Turner. Visitation will be after 5 p.m., Tuesday at Stith Funeral Home, Junction City.