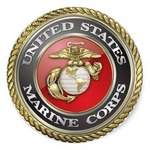 Howard Leo Greer, age 71, of Somerset Street in Stanford, passed away Tuesday, March 18, 2014. Born Thursday, October 1, 1942 in Stanford, he was the son of the late Kermit & Claudia Combs Greer. He was the widower of the late Susan "Sue" Greer. Leo was a US Marine Corps Veteran, serving during the Vietnam Era. He was a lifelong member of the VFW in Danville and was a member of the American Legion Post #345 in Stanford. Leo worked, as a truck driver, for Dix River Stone in Lancaster.

A Graveside Service will be held 2:00PM Friday, March 21, 2014 at Danville Memorial Gardens. Full Military Honors will be performed by the Caswell-Saufley Post #18 of the American Legion.