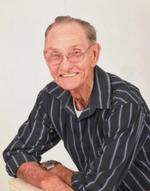 Franklin D. Anness, 79, of Junction City, passed away Monday, August 28, 2017 at his home. He was born March 25, 1938 to the late Warren and Lona Lewis Anness. Franklin is survived by his loving wife of 55 years, Shirley Coffman Anness.

Franklin was a truck driver, contractor, carpenter, operator and a member of Junction City Baptist Church. He was a loving father, husband, and grandfather. He truly loved life and lived for his family.

He is preceded in death by three sons, Blaine, Marty, and Frank Anness; and a brother, Henry Anness.

Funeral services 1PM Friday at Preston Pruitt Spurlin Funeral Home with Bro. Lonnie Goodin officiating. Visitation will be Thursday from 5-9PM for the public. Burial will be at Danville Memorial Gardens.