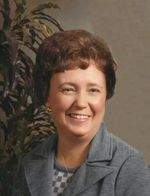 Funeral service will be 1 pm, Tuesday at Stith Funeral Home with Rev. Terry Morrison. Burial will be in Danville Memorial Gardens. Visitation will be 11 am - 1 pm, Tuesday at the funeral home. Memorial donations are suggested to the Alzheimer's Association or Gideons International.