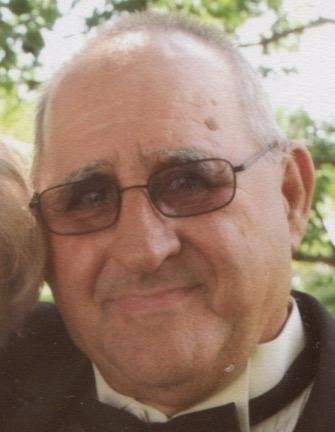 Floyd M. Fowler of Danville, formerly of Newark Ohio, died Saturday, May 1 surrounded by his loving family. Floyd was born on May 6, 1945 in Coshocton, Ohio, one of six children to Arthur Allen Fowler and Doris Lillian Young Fowler. He was the loving husband of Sharon Fowler (Barrick), and would have celebrated 57 years of marriage on May 9.

Floyd was a machine operator at Owens Corning Fiberglass, Newark, Ohio where he served as a union delegate. He was a carpenter and house builder for many years. He had fond memories of working with the Licking Valley Little League; he coached both Farm and Varsity, which he loved. Not only was he instrumental in the construction of new ball fields in the late 1970’s, but he also served as president of the Little League.

Floyd was an avid Ohio State Buckeye fan. He was known for his remarkable green thumb and loved working in his rose bed. A farmer at heart, he enjoyed gardening and puttering in his greenhouse.

In addition to his wife, Floyd is survived by one sister, Maggie Curbelo of Grand Cayman,  Three children, Julie (Robert) Wagner of Danville, Kentucky, Douglas (Cheryl) Fowler of Nicholasville, Kentucky and Marcus Fowler of Mackville, Kentucky; He will be missed by his 9 grandchildren and many great-grandchildren. Along with his parents, he is preceded in death by three brothers, Edwin, Arthur and Thomas Fowler and one sister, Alice Fowler Wolfe.

The family extends sincere gratitude to Dr. Jim Duncan and Heritage Hospice for the care and comfort they provided in the last days.

Services will be at 11 AM Friday, May 7 at Third Street Methodist Church, where he was a member. Visitation will be from 10 AM until the time of the service.