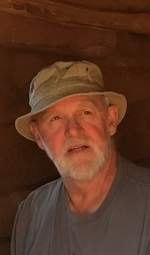 Ernest Randall "Randy" Smith, 60, of Stanford, KY passed away on Wednesday, March 28, 2018 at U.K. Chandler Medical Center in Lexington. Born September 27, 1957 in Stanford, KY to the late Ernest and Frances "Rose" Douglas Smith, he was a retired employee of Donaldson Company in Nicholasville, KY where he worked for 34 years. He was also a member of Willow Grove Baptist Church. Survivors include his wife, Kathy Young Smith of Stanford, KY; a stepson, Kelly Jones of Willisburg, KY; one brother, Henry Smith (Darlene); one sister, Becky Kana (Mike) both of Stanford, KY; one grandchild, Vivian Leigh Jones; two nieces, Tracie Dalton and Leann Dyehouse; two nephews, Jason Smith and Patrick Kana; a very special cousin, Ronnie Smith; and many cousins that he loved dearly. He was preceded in death by his parents. Visitation will be Monday, April 2, 2018 from 5-8pm at Willow Grove Baptist Church. Funeral service will be 11am Tuesday, April 3, 2018 at the church with Reverends Johnny Thompson, Dale Denton, and Lewis Walters officiating. Honorary bearers will be: Gary Carter, Kenny McDaniel, & Steve Lynn. Burial will follow at Danville Memorial Gardens. Memorials in lieu of flowers may be given to: Commonwealth Cancer Center of Danville, KY.