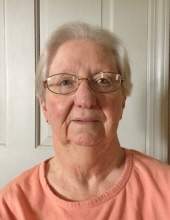 Edith Lucille Harris Zwahlen, 88 of Waynesburg, Kentucky passed away Monday, April 12, 2021 at the home of her son, Jerry also of Waynesburg, Kentucky.
She was the wife of the late Bill Zwahlen who preceded her in death November 16, 2011. Born July 5, 1932 in Crab Orchard, Kentucky she was the daughter of the late Corsa and Clara Griffin Harris. She was a member of Fairview Baptist Church. Edith loved her family dearly and she thouroghly enjoyed crocheting and watching gameshows.

In addition to her husband and parents, she was preceded in death by two sisters, Alfreda Zackery & Betty Osterman and two brothers, Earl & Charles Henry Harris