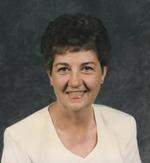 Edith Bandy Webster, 74, of Danville, passed away Friday at Judson Care Center. She was born May 22, 1941 in Boyle County to the late Linnie Lee and Celia Mae Rogers Bandy.

Edith worked for Texas Instruments in Versailles for over 30 years, She loved to travel and spend time with her family and friends. She was a member of Hedgeville Baptist Church

Along with her parents, she is preceded in death by a nephew, Barry Bandy.