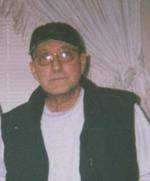 Edgar worked for RR Donnelley for many years and was a member of the First Church of God in Danville.