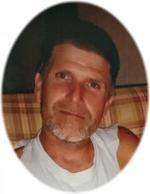 David Andrew 'Sonny' Cooper, 41, died Tuesday, March 14, 2017. He was born October 5, 1975 in Livingston, Tennessee. Sonny was a member of The Church of Jesus Christ of Latter Day Saints, and attended Jessamine County High School. He was a drywall finisher at Quality Drywall. Sonny loved model cars, collecting comic books, and working on cars. He was positive in everything he did and he would say, "Let's Go Out and Be Famous" as he began his workday.