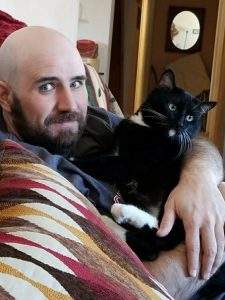 Daniel Lee Richardson, 41, went home to be with the Lord & Savior on November 27, 2021, in Danville, Kentucky. Born June 5, 1980, in Danville, he was the son of Gary and Patricia Carman Richardson. Daniel graduated from Boyle County High School in 1998, where he was a longtime Rebel football player from grade school through high school. He worked at Good Neighbor Pharmacy, which holds a special place in the life of his family. Daniel was a longtime Youth League coach for Junction City football, baseball, and basketball. He was a member of Forks of Dix River Baptist Church. Daniel is predeceased by a sister, Jillian Starr Richardson; grandparents Eugene and Nola Carman, Carl and Ruby Richardson.