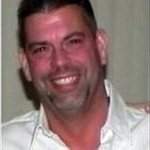 Danville: Brian Michael Hundley, 48, passed away Thursday August 7, 2014. Brian was born in Poughkeepsie, New York on November 7, 1965, a son of Wilma Hatton Hundley and the late Prewitt Hundley. He was the husband of 25 years to Sandy Lynne Stipe Hundley.

Brian proudly served his Country in the United States Army as a medic in the 101st Airborne Division. He was a member of Grace Fellowship Church in Stanford, was an avid UK basketball fan and loved football. He was a devoted and loving husband, father, and grandfather and his best times were those spent with his loving family.

In addition to his mother Wilma and wife Sandy, Brian is survived by a son Ryan Tyler (Joy) Hundley of Parksville, grandchildren Rylan and Teagan Hundley, a sister Sheila K. Vaughan of Frankfort, sister-in-law Elaine Hundley of Danville, nieces Brittany Perkins, Ashley Vaughan, Lauren Hundley, and a host of other nieces and nephews.

In addition to his father, Brian was preceded in death by his brother Brad Matthew Hundley.

The funeral service will be 7:00p.m., Monday August 11, 2014 at Preston Pruitt Funeral Home with Bro. Junior Fields officiating. Visitation will be from 4 - 7:00p.m. on Monday at the funeral home.