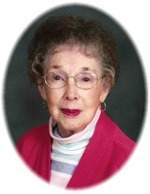 Anna Wade Householder, 91, of Danville, died Saturday, July 14, 2012. Born September 7, 1920, she was the widow of Myron C. Householder and the daughter of the late Major and Florence Wade. She retired from Corning Glass and North American Phillips. She was a member of Calvary Baptist Church and was an avid reader and loved traveling.